Signs Of Mosquitoes Infestation and How To Eliminate Them 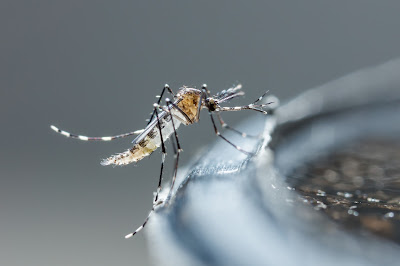 Mosquitoes are tiny midge-like pests that belongs to the fly family. There are thousands of mosquito species and they feed on various types of hosts such as birds, mammals, amphibians, reptiles and even some species of fish. Although they are small and have short lifespans, this pest can create havoc on human lives.

The male mosquito has a feathery antennae that is used to help them sense the presence of the female counterpart while the females have less hairy antennas. Their lifespan depends on the gender. The females live for the longest period of time which lasts a couple of months while the males can only live for about one week.

Singapore is a country that is found near the equator and it only experiences two seasons: a wet season between February to September and a dry season between March to August. And although these two seasons are on extreme ends, there’s no high or low mosquito season because Singapore has mosquito species that breed and survive during both seasons. The most common mosquito vectors in Singapore are Aedes aegypti, Aedes albopictus Culex gelidus, Anopheles maculatus, Culex quinquefasciatus, Culex tritaeniorhynchus and Anopheles sundaicus. 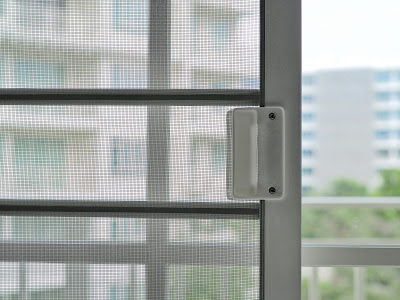 One of the most annoying signs of mosquito infestation is the buzzing sounds and the bites. Almost immediately after the female mosquito has bite you, you will feel mild to intense skin irritation which can lead to inflammation or a small puffy bump depending on how your body will react. You can spot the immature larva on the surface of stagnant water.

Although the male mosquito exclusively feeds on plant nectar, the female feeds on plant nectar and blood. Females need proteins in order to reproduce hence they use their proboscis to piece the skin and suck blood. They are very busy at night and they can fly up to 14 miles to look for a blood meal. The females hunt for human blood by detecting their presence through carbon monoxide exhalation, body heat and perspirations. They carry deadly bacteria, viruses and parasites in their saliva and in the process of sucking blood from the host, they transmit the harmful pathogens into your body resulting into mild or life threatening infections.

Mosquitoes can cause mild infections such as skin reddening and irritation or serious infections such as dengue fever, malaria, zika virus, yellow fever, lymphatic filariasis, tularemia, chikungunya among others. Singapore was declared as malaria free in 1982 by the WHO because its environment isn’t conducive for growth and development of this pest. However the warmer months are traditionally the peak dengue season and Aedes aegypti mosquito is the main vector of the dengue fever and zika virus.

The effect of a mosquito bite is usually very severe in individuals with impaired immune system and they may experience reactions such as swollen lymph nodes, hives or large patches of skin redness and swellings. Children tend to get stronger reactions from the bites than adults. 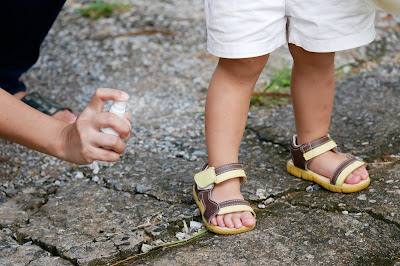 How to Treat Mosquito Bites

Depending on the severity of the bite, you can treat a mild bite by washing the affected area with soap and warm water, or use over the counter pain relievers, an anti-itch medication or antihistamine to reduce the pain and itching. Putting an ice pack on the affected area also provides relief from itching. Avoid scratching the itchy bite to minimize the risk of inflammation. In case of a severe allergic reaction such as fever, headache and body aches, it’s important that you visit a physician because these are usually symptoms of mosquito borne diseases.

How to Eliminate Mosquitos

In order to eliminate their breeding grounds, you need to:

1. Remove any Stagnant Water Around Your House
This pest can breed in any type of stagnant water but more particularly in those that have a lot of organic wastes. Empty water in clogged gutters, wheel barrows, buckets, flower pots, old tires, puddles etc. Remember that even a cup of water is enough to produce a large number of mosquitoes hence the first step of reducing their population is by removing any standing water around your yard. You can also replace any stagnant water for domestic use at least once in a week.

2. Prune the Tress and Get Rid of Shrubs in Your Yard
Adult mosquitoes are commonly found in shrubs, bushes and trees because they feed on nectar hence Pruning and cutting them down will significantly reduce their presence. It is also important to trim and remove weeds because some of them love to rest on vegetation during the day.

3. Use Insecticides
In case you don’t want to trim down the vegetation in your yard, you can spray the foliage of shrubs and bushes as well as the trunks of trees and tall grasses with a residual insecticide.

4. Use Mosquito Repellent
You can ward this pest off by using a repellent which masks the human scent. This will confuse them and they will be unable to find you. There are also non-toxic repellents that can be used on plants but they are effective for a couple of days.

5. Biological Control
Mosquito pests can be biologically controlled with predators such as fish, some species of gecko and lizard, dragonfly lymph and parasites like fungi. Another biological measure is by introducing a large number of sterile males in their eco-system.

6. Use Foggers and Misting Compounds
Foggers and misting compounds are used to coat plant foliage for mosquito control.
In areas where the mosquito population is heavy or when you are sleeping outdoors, you can use a mosquito net to enclose the sleeping area. You can also use fly screens on doors, windows and other house openings. To prevent mosquito borne diseases such as yellow fever, ensure that you are vaccinated with an up to date vaccine before you travel to foreign counties. Diseases like malaria, dengue fever and zika virus can be cured by oral medications and injections.
Posted by Unknown at 01:22