Zika’ – the name is the most feared on in the world at the moment for the disease, caused by infected Aedes-species mosquitoes, is yet to have a remedy. The disease is caused by mosquitoes that bite during the day and hence traditional methods of using mosquito nets to prevent the spread of the disease is quite ineffective. People affected with Zika virus do not have any symptoms or just mild ones. The virus can be passed on from a pregnant woman to her unborn child and the infection can cause serious birth defects.


Zika was so far mostly confined to the Americas and some parts of Oceania and Cape Verde islands off the coast of West Africa but it has slowly started spreading in South-east Asia, including the city-state of Singapore.

Singapore had announced the first locally contracted case of Zika on August 27, 2016, and in no time, the number of infected people rose to over 100. This is certainly a big worry for the country’s authorities and the common people.

This article lists eight important facts about Zika to get an understanding of this disease:

1. Zika was first detected in Africa:
Zika though has made the headlines now but it is not really a new disease. The first Zika virus was identified among monkeys in Uganda way back in 1947 and the first human case was found in Nigeria seven years later. The disease’s symptoms generally pass within a week but the potential link between Zika and birth defects like microcephaly has emerged as a major worry. The first major outbreak of Zika was reported from the Yap islands in 2007 while in 2015, Brazil reported a link between Zika infection and microcephaly. On February 1, 2016, the World Health Organization (WHO) announced that the spread of the Zika virus made up Public Health Emergency of International Concern.

2. Symptoms of Zika are generally mild:
Zika apparently seems to be harmless in most people and can cause:

The symptoms can last between two to seven days. But it sometimes causes a rare complication called Guillain-Barre syndrome, which can cause a temporary paralysis. Study has also found that Zika can damage adult brain cells. Zika continues to surprise observers and scientists by showing more unpleasant signs and they are yet to find answers to a lot of these puzzles. 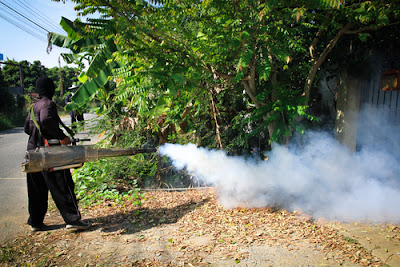 3. Pregnant women should be concerned the most:
Pregnant women are the most vulnerable to Zika virus. Zika can cause a range of birth defects. It’s not yet clear what percentage of pregnant women can have babies with birth defects but even women who hardly remember of having had any symptoms gave birth to babies with defects. Doctors now ask all expecting mothers to stay away from places where Zika has spread and to keep themselves covered as much as possible.

Even if one is away from a Zika-infected place, it should be kept in mind that others who travel to those areas pose an equal threat.

People who have been infected by dengue earlier might be more vulnerable to Zika.

5. Diagnosis of the disease:
Whether one has a Zika virus infection can only be suspected based on symptoms and recent history of traveling. The diagnosis of Zika, however, can only be done through laboratory tests of blood, urine, saliva or semen.

6. Treatment for Zika:
There is no specific treatment for Zika. Those affected should get plenty of rest, drink enough fluids and take common drug for pain and fever. No vaccine is available for this as of now.

7. Prevention is the only way out against Zika:
Prevention is the only way out to deal with Zika outbreak. It involves taking protection against mosquito bites. Using repellent containing picaridin and oil of lemon eucalyptus is the best way to avoid mosquito bites. Practicing safe sex is also another way to prevent Zika since sexual transmission of the disease has been documented in various countries. The women who are planning pregnancy can postpone it if they have been found affected. 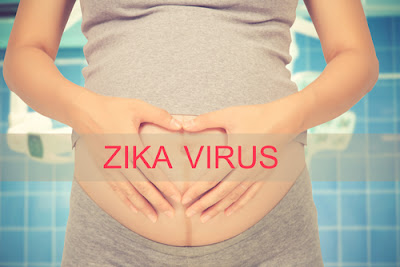 8. Research is underway for Zika vaccine:
The congenital infections have made the world more curious about the Zika and research has accelerated on finding a vaccine for women of reproductive age, like the rubella vaccine. The US Food and Drug Administration has given approval to go ahead with human trials of Zika vaccine.

How WHO has responded to Zika:

The WHO has backed countries that are fighting against the Zika virus by taking steps under the “Zika Strategic Response Framework”. Its action plan includes:

- Prioritizes research into Zika virus
- Enhance surveillance of Zika virus and the complications that could come with it
- Equip laboratories with better capacity to equip the virus
- Back authorities in executing vector control strategies.

The spread of Zika in Singapore has left the entire world anxious for it has proved that all efforts to control this disease have failed and even a country like Singapore which has a better health system in place to control diseases failed to prevent its entry.

Singapore’s National Environment Agency has said all patients with confirmed Zika cases would be treated in public hospital till they completely recover. Singapore authorities are known for their strict monitoring of mosquito-breeding (the country is home to the Aedes mosquitoes) and impose fine if lapses are found in maintenance of hygiene at residential and commercial establishments. The CDC, meanwhile, has added Singapore’s name to the interim travel guidance related to the disease. People coming to Singapore and the residents of this city should take proper precautions to stay away from Zika.
Posted by Unknown at 09:31